Initial public offering is also called IPO and it is one of the fundamentals of public trading. An IPO does not take place overnight, it requires a lot on input and effort to take place. In this article we will examine the pre-requisites of IPO and also develop an understanding about Secondary Public offering, which is also known as SPO.

What is IPO?
An Initial public offering (IPO) is the process where a company goes from private to public. Any company that wants to sell stock shares, which can be accessible to the general public conducts an IPO. After a company has conducted IPO it becomes a firm with general shareholder. It takes usually three to four months for a company to conduct IPO.

Private companies can have shareholders, but they are few in number and they and the firm are not subject to regulations by the Securities and Exchange Commission. This changes dramatically with an IPO, as we'll see later.

Why does IPO take place?
An IPO can change the dynamics of new company completely. Private companies also have shareholders, but they are very few in number and the regulations of Securities and Exchange Commission are not applicable on them. Conducting IPO is a money-making move. The basic aim of any private company is to increase the funds by selling the shares to the public. The money generated through these shares can be used for re-investing in the company’s infrastructure or also taking the business to new level by expanding it.

Advantages of IPO
There are a number of advantages of conducting IPO, a few of them are listed below:

Drawback of IPO
Other than the tremendous advantages of IPO, some drawbacks are also connected to it. Whenever a company undergoes IPO, by law it is compulsory for the company to share certain information about the financial assets of the company. This can give the competitors an edge. If the company aspires to become a huge enterprise, it has to adopt certain rules and regulations, and the probability for the change in control also increase. This often leads to acquisitions and mergers.

What is Secondary Public Offering?
A very efficient and quick way to generate funds for any company is by conducting a secondary public offering (SPO). In this the securities are sold to a major stock holder or a particular group of stock holders. In this way the major stocks are possessed by the company itself. In general it is recommended that SPO should be conducted by a registered broker-dealer or an investment bank. One of the most promising advantage of SPO is that it leads to reducing the required market premium, especially during an IPO. A company conducting SPO has an added advantage over its competitors, as it is a much secure way and the control remains in  the hands of the major stock holder. 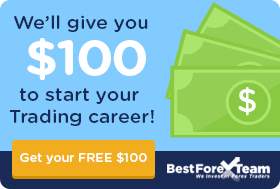